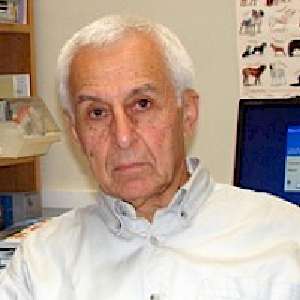 Commentary on Yury G. Korgunyuk's review of a book by Kenneth Janda.

On 14 November 2021, Kenneth Janda, a prominent American political scientist, turned 86. Despite his age, he is still actively doing research.

His 2018 monograph titled "The Emperor and the Peasant: Two Men at the Start of the Great War and the End of the Habsburg Empire" [7] received positive reviews from historians and political scientists (see review by [2]). In 2021, under contract to Columbia University Press, Janda will release another monograph called "The Republican Evolution: From Governing Party to Anti-Government Party, 1860-2020" which tells how the Republican Party degenerated over the last fifty years.

His book on the basics of the US political system has been updated and translated into multiple languages every year over the past 15 years. The latest, 15th, edition titled "The Challenge of Democracy: American Government in Global Politics" [4] came out on January 1, 2021. The new 16th edition is scheduled to come out on January 18, 2022.

The new monograph [3] that is reviewed in the current issue of Electoral Politics is among Prof. Janda's latest works and has already received positive reviews from American political scientists. Yury Korgunyuk [8] generally agrees with the positive reviews, but at the same time expresses certain criticisms against the methodology used by the author. In light of that, allow me to offer a few observations.

It should be noted that the joint monograph "Party Systems and Voter Alignments: Cross-National Perspectives" published by Seymour Lipset and Stein Rokkan [9] was the start of a 30-year discourse. It came to a close at a conference Bergen in 1997. In 2001, host of the conference Lauri Karvonnen became one of the editors of a monograph titled "Party Systems and Voter Alignments Revisited" [11]. The monograph not only highlighted Lipset and Rokkan's prominent contribution to political sociology, but also measured the relevance of theses that inspired theoretical and empirical research in early 21st century. It also pointed out certain issues that originated from the changing societal structure as well as from the conditions under which social cleavages and party systems in Western Europe emerged, and how these issues were different from what was happening in other parts of the world.

However, this monograph (republished twice, incidentally) remains largely unknown to many Russian researchers, who continue to refer to the 1967 title. As Jean-Marie Denken once pointed out, "fetishizing classical works leads to fear of new research, which in its turn may lead to intellectual sclerosis, as these works are quoted and repeated with no critical thought" [1: 100].

Social and political theory has a relatively short lifespan before it becomes part of the history of political science. Theory remains productive as long as conditions for its application exist. The years after 1967 were full of radical structural transformations that could not but have an effect on the descriptive and explanatory function of cleavage theory. In his attempt to assess theoretical breakthroughs in comparative politics in the past 40 years, Samuel P. Huntington concluded: "Theories come and go. The field has gone through phases" [10].

There are also well-known conceptual restrictions that are typical in comparative studies. Macro-sociological and macro-historical approaches make Lipset and Rokkan's research one of such conceptually restricted works. Every community is a unique system of intertwined social and cultural attitudes, political institutions and practices. Lipset and Rokkan's theory is built on the data from countries in Western Europe and is not meant to be universal. This issue can be partially solved by localizing cross-national research to regions. In his 1980 work "Political Parties: A Cross-National Survey" [6], Kenneth Janda split the countries under analysis into 10 cultural and geographical regions.

It is also interesting that the Working Group on Elections and Parties (part of International Sociological Association's Research Committee on Political Sociology), where Lipset and Rokkan were the most active participants and where the key concepts of their theory were extensively discussed, later changed its course. In the study of cleavages, party system and voter preference development, the Committee shifted preference in favor of comparatively oriented case studies instead of cross-national ones. Comparatively oriented case studies emphasized how historical and sociocultural context affect political processes in the countries of a certain cultural and geographic region, while researchers (as "involved observers") were not hindered by a priori rigid theoretical frameworks. This emphasis became the keynote in a series of monographs called "Political Parties in Context" released by the Working Group and edited by the Committee's chair Kay Lawson.

While reflecting on Chapter 10, which describes ideological differences between two parties, the review accuses the author of misrepresenting the issue of ideological preferences of voters as that of self-identification. The point is, it is the author's right to choose which aspects of the issue to highlight. Besides, Kenneth Janda has done his fair share of research on political agendas and party positions on various issues. In 1989, he and Jerry Goldman created IDEAlog, an instructional program that was later made into a website and won two American Political Science Association (APSA) awards.

This program is a 20 question quiz based on ANES and Pew Research Center surveys. Questions include the likes of whether federal government should be doing more in terms of climate issues; do you favor or oppose same-sex marriage; are government regulations necessary to encourage the use of renewable energy sources, or are businesses and consumers capable of working it out on their own; if you were making up the federal budget, would you increase (decrease or keep the same) spending for Social Security; would you favor or oppose an increase in the federal minimum wage from $7.25 to $15 an hour, etc.

After taking the quiz, the respondent can see which ideology their own views correlate with more — liberal or conservative (without any reference to either Republican or Democratic Party). The answers help assess the "ideological" leaning of the "average American." This means that identifying ideological preferences of American voters is nothing new for Janda.

Regarding Chapter 11, which summarizes the analysis of social cleavages, the reviewer laments the "simplicity" of mathematical models used by Kenneth Janda and how he does not use more complex methods, multiple regression in particular. Yet again, it is the author's right to choose methods he deems most effective for his research purposes. If Janda chose "simpler" methods, it means they have certain advantages over the more complex ones (in which he is proficient).

It should be remembered that Janda started working with computers as early as 1957, in the first year of his PhD program. Use of computer technology in political science later became one of his academic interests. His achievements in this area earned him multiple awards as well as the support of the company now known as Apple Inc. In 1961, Janda began teaching Elementary Statistics for Political Research to undergraduate and graduate students. In 1969, he published a textbook called "Data Processing: Applications to Political Research" [5]. In early 2000s, Janda used his personal funds to set up a computer class in his university where his students could perfect their usage of statistical software. By the way, I got my first set of floppy discs carrying SPSS statistical analysis tool in 2005 from Janda himself.

However, it also must be pointed out that using mathematical methods alone is not a measure for research quality. It is merely a tool a researcher may or may not use. So, in 2010, the five-volume edition "Political Parties and Democracy" edited by Kay Lawson, which was the product of a longstanding cross-national research, was named the best title of the year in American political science. Most of the authors who worked on the 46 chapters of this title did not use statistical analysis methods at all.

Finally, while referring to Janda's appeal to voters to follow the model of "responsible party management" in Chapter 12 and assessing extremely negatively Donald Trump's performance in Chapter 13, it is as if the reviewer sounds reproachful towards the author for "moralizing" and declaring a political position. In this regard, it should be noted that a few years ago, there was a debate within the academic community as to whether researchers may openly declare their political preferences or whether they are to remain "impartial arbitrators." The conclusion was that they may and they must — under the condition that there is a clear separation of political preferences from research methods and results. As I see it, Kenneth Janda did nothing to break this dictum.